Providing valuable resources to help advance the careers of case managers by emphasizing education, networking, and outreach in our community.

As a member, you gain exclusive access to benefits such as timely case management knowledge through publications, events, and access to 160+ complimentary continuing education courses 24/7.

The Case Management Society of America (CMSA) is the leading, oldest, and largest membership association providing professional collaboration and education across the healthcare continuum. 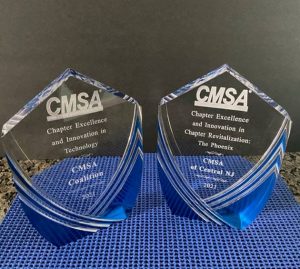 The Central New Jersey CMSA Chapter was the fortunate recipient of 2 awards at the CMSA National conference.

The first award was the Award of Excellence for Chapter Revitalization: The Phoenix pays tribute to the CMSA Chapter that has experienced issues which have almost closed the chapter within the last two-three years, but through hard work and dedication breathed new life into the chapter and made it sustainable once again.

The second award was in conjunction with the other 5 chapters of the recently created CMSA Coalition; CMSA Central New Jersey, CMSA Long Island, CMSA New York, Hudson Valley CMSA & The Capital Region CMSA and the award was for Chapter Excellence & Innovation in Technology.

The Case Management Society of America Foundation (CMSA Foundation) is a charitable, not for profit organization created to support education, research, and professional development for case management professionals. Learn more at cmsafoundation.org.